Copyrights and licensing for clothing lines

Written by Ben of Fright Rags

IMPORTANT PREFACE: I am not a lawyer, do not claim to be one, nor do I play one on tv. The following article and any advice contained therein is based on my own experience and opinions. Any action you take as a result of this is done so at your own risk. Don’t say I didn’t warn you

I know what you’re thinking…you have an awesome idea for a shirt, but it’s using a well known, copyrighted character.

“Hmm,” you say, “I could probably get away with it, right? I mean, it’s not like [insert major corporation here] own every aspect of the character. Besides, what I’m really doing is a parody and hardly looks like it…yeah, it’ll be ok…right?”

I get lots of questions from people who want to get into the shirt business asking me about using licensed imagery, sayings, and characters in their designs. They ask me if it’s “ok” because they deviated from the original works by a certain percentage, or because it’s a parody, or some other excuse they claim will allow them to cash in on their design while not getting into trouble. The fact is: If it looks like a duck, walks like a duck, and even quacks like a duck…it’s copyright infringement. That means that the little “personal flair” you add to the design idea isn’t enough to keep you off the radar of any major company protecting their intellectual property rights. Make any excuse you want, but you know what? You’ll have to prove it in court…and do you have enough money to do that? That’s what I thought…

For those of you who don’t know, I run a t-shirt company called Fright-Rags which sells shirts based on horror movies. I started out much the same as any shirt company…I came up with some cool designs and started selling them online. As time went on, more were sold, and things picked up quite a bit. Now, I’m happy to say that I do this for a living…but it didn’t come that easily. It took years to build up my business, and lots of trial and error. LOTS of trial and error. I was naive at the beginning and even though I researched as much as I could about copyrights and infringement, I decided to rationalize my personal opinions on the matter and create my designs based on popular horror characters anyway. After all, my designs were different and, therefore, ok…right? Well, that was my first mistake…

On a cold December day in 2005, I arrived home from work, checked my inbox, and found an interesting letter. No, it wasn’t from a fan thanking me for the kick ass shirts, or another store that wanted to carry my line. It was from New Line Cinemas…and they wanted me to stop production of several designs I created that they claimed to have been infringing on their copyrights. Failure to do so would mean hauling me into court and suing me for copyright infringement. I will be blunt and honest here…I just about crapped myself. I had heard of this happening before, and even knew a few people that received the same letter…but it’s nothing like getting it yourself. I immediately responded by taking the designs off the site and writing a letter of compliance back to them so that they knew I had taken action. The last thing I needed was to be sued. Luckily, they accepted my compliance and the case was closed. Yes, I got away relatively unscathed…but I wouldn’t always be that lucky… 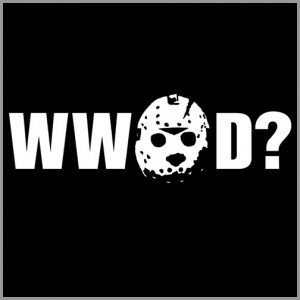 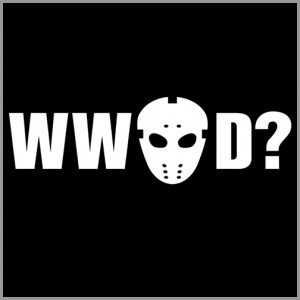 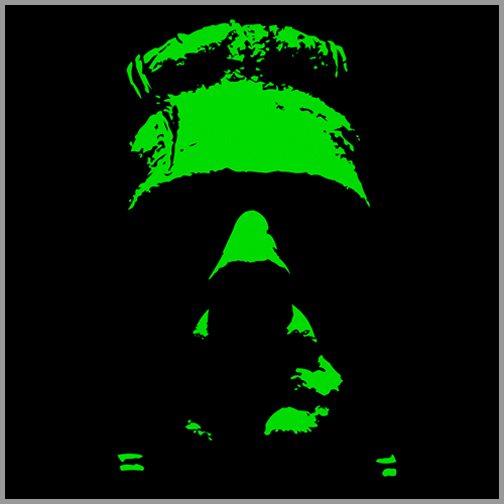 About 8 months ago, I received a similar letter…this time it was from Universal Studios. One of my older, retired designs had been spotted at a small shop in Hollywood by someone working for Universal. When confronted about the design, the store was required to give up their source or risk being shut down. And of course, the paper trail led back to me. The design in question was a silhouetted image of the Frankenstein monster…one that I designed years ago and had since taken it off my site. While I thought I had created an original look for this design (omitting any trademarked features), they felt it referenced their version too closely, and they wanted me to pay them for “back licensing” for the prior two years. Just stopping production was not enough…they wanted money. And lots of it. I won’t disclose the actual figure, but let’s just say it was in the five figure range. In the end, I was able to talk them down to a more reasonable (but still substantial) amount and we settled the case out of court. I was not so lucky that time….it cost alot of money and was a major headache.

Those are just two of my personal experiences with copyright infringement. There are more, but I felt these illustrated the best and worst case scenarios… So what if you want the licensing to a certain image, character, or property? Well, that’s a different story…

Depending on what you are trying to license, prepare to do alot of homework trying to track down who owns the rights to what you want to use. Let’s say you want to license a well known character from a popular movie. First, you’ll have to find out who owns the rights to this character. It could be the film company itself, or perhaps a company that licensed its use for films. If it’s a specific movie, IMDB can point you in the right direction of who owns the rights, or at least the company responsible for making the film. (Speaking of IMDB, I recommend a Pro account to get access to even more information and contacts). However, if the film is older and more obscure, the company that originally owned the rights may no longer exist, and most likely it has been bought by one of the few main film studios that exist today. I find that looking those older companies up on sites like Wikipedia generally help in finding out where the original company’s library of titles currently resides.

If you’re looking to license other types of properties such as characters or products, check out Licensing.org. There you can find information on new properties to be licensed, as well as whatdeals have just been made in the licensing industry. There is even a magazine and online newsletter you can subscribe to that will help keep you up-to-date with all the latest industry buzz. Perhaps the best page on that site is the one that lists all of the licensing agents that are registered with Licensing.org. Each one of these companies manages various properties, and are the ones you’ll want to contact if you want to license any of the properties they manage. A direct link to the licensing agents that are registered with them can be found here: Licensing Agents

It is common for a company to use a licensing agency to manage their intellectual property. Licensing agencies act as a liaison between the licensor and the licensee, and are the ones that generally negotiate the contracts to ensure the licensor is getting the best possible exposure. They will be your main contact throughout the term of the license and the ones you’ll have to convince to actually get the licensein the first place.

No matter what you’re trying to license, you’ll most likely have to submit a proposal for review. A proposal generally consists of your reasons for licensing this property, what products you intend to create with the license, and how you will market them. Agents usually also want trade references of places you have done business with and even bank references to make sure your company is financially stable. While the exact type of information they desire may vary, all companies want to know one thing: how much money do you intend to make? No company or licensing agent is going to grant you a license without some sort of guarantee. Think of it from their perspective…they have a viable property worth a certain amount of money. It’s in their best interest to license only to companies that can get their products seen by as many people as possible…and bought by as many people as possible. So, one of the things you must submit in your proposal is a guaranteed amount of money that they will make during the course of the license. Plus, they will want a portion of this money upfront, as well asroyalties on any money made over and above the guaranteed amount. Please keep in mind that each situation varies depending on the property your licensing and the agency you’re dealing with. However, in my experience, this best illustrates what you can expect when you embark on obtaining legal use of an intellectual property.